Retired NFL player Jack Brewer, seen here in 2015, has been sued by the Securities And Exchange Commission for alleged insider trading. Brewer is a prominent supporter of Donald Trump’s reelection campaign and is set to speak at the Republican National Convention. 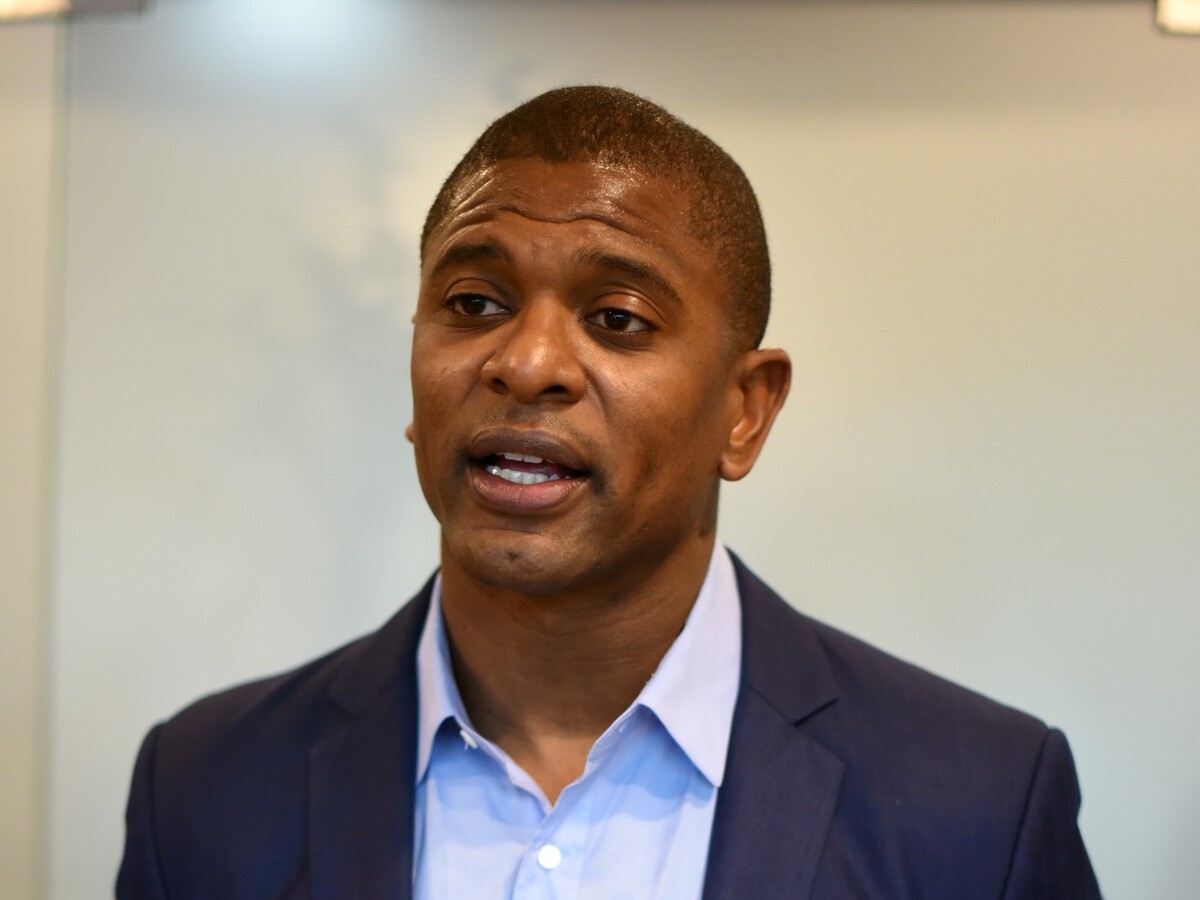 Retired NFL player Jack Brewer, seen here in 2015, has been sued by the Securities And Exchange Commission for alleged insider trading. Brewer is a prominent supporter of Donald Trump’s reelection campaign and is set to speak at the Republican National Convention.

Jack Brewer, a member of Black Voices for Trump who is scheduled to speak at the Republican National Convention on Wednesday, was charged with insider trading by the U.S. Securities and Exchange Commission (SEC) earlier this month.

Brewer is a former National Football League player, who went on to work in financial services. The SEC alleges he sold 100,000 shares in a penny stock, because he had inside information that the company’s share price was likely to drop. The charges, filed August 6, are civil – not criminal. The SEC is seeking financial penalties, a return of “all ill-gotten gains he received directly or indirectly,” and a permanent ban on Brewer “from participating in any offering of a penny stock.”

Reached briefly by phone on Tuesday, Brewer said, “I’m taking off for my flight,” and hung up after NPR asked about the case. He did not respond to additional phone and email messages seeking comment.

Brewer has become a prominent supporter of President Trump’s reelection, making frequent appearances on Fox News, and tweeting that “Trump has done more for blacks than any [President] since Lincoln.” At a White House event in February, Brewer called Trump, “the first Black President.”

Representatives of Donald Trump’s presidential campaign also did not respond to multiple messages from NPR.

The story, according to the SEC’s lawsuit, involves a company called COPsync, which developed an app for law enforcement to access databases and share information across multiple agencies in real time.

After Brewer retired from the NFL in 2006, he founded his own company, The Brewer Group, and later began consulting for COPsync. He appeared on a local Minneapolis TV show with the company’s then-CEO to endorse COPsync.

In 2016, Jack Brewer endorsed COPsync and appeared along with the company’s then-CEO. The SEC alleges that Brewer later illegally traded stock in COPsync based on inside information.

In late 2016, the company was planning a private stock sale, which, once disclosed by press release, would likely lower the share price.

Because he had inside information, the SEC alleges, Brewer sold 100,000 shares before the company issued that press release. The stock price did drop and Brewer “profited by approximately $35,000 more than he otherwise would have,” according to the SEC.

COPsync declared bankruptcy in October 2017, and the next year the SEC revoked the registration of the company’s stock altogether.

On top of those allegations, the SEC says that Brewer failed to enforce policies at his own company to prevent insider trading, and “unlawfully acted as a securities broker,” particularly for penny stock companies.