A day after the agent for Washington Redskins left tackle Trent Williams demanded once again the seven-time Pro Bowler be traded or released, it’s clear there is a market for his services.

The Redskins have discussed trade compensation for Williams with multiple teams. The Redskins, who have yet to be tempted, continue to ask for second-round value for Williams, though there is flexibility to achieve a deal.

Some teams appear to think Washington will cut Williams, and his side has pushed for it, but a source said that won’t happen. Other teams have shown interest, but the cost of signing him and surrendering picks remains prohibitive. Williams was given permission to seek a trade, and while it would be helpful if he negotiated a new deal for himself before a trade, a team could trade for him without reworking his contract.

Williams held out last season, upset over what he said was inadequate medical treatment involving a cancerous growth on his scalp. Williams’ side does not want a situation where he’s forced to return in 2020, saying the relationship is not salvageable. They were tweaked that Redskins coach Ron Rivera met with free agent tight end Greg Olsen before doing so with Williams. They have long felt the organization has treated Williams “like a possession.” But the Redskins did not want to extend anyone’s contract before Rivera got a chance to know them better and how they fit with what he wanted.

Any team, including the Redskins, could use the franchise tag on him each of the next two years. But, as one source said, that route risks further poisoning the situation.

With the 2020 NFL draft (April 23-25) approaching, the situation could be nearing a resolution. Here are four teams who might make sense as a destination for Williams, starting with the Vikings, who have shown interest:

Why the Vikings make sense: Early in the process, the Redskins pegged teams in the so-called window to win now. The Vikings are high on that list and have shown interest in adding Williams. The Vikings signed quarterback Kirk Cousins — Williams’ former teammate — to a two-year extension through 2022.

To maximize this window, the Vikings could bolster their offensive line. Reiff has been decent, but he’ll count $13.2 million against the cap this season. If Minnesota cut or traded Reiff, it would recoup $8.8 million in cap space. That would leave the Vikings room to acquire Williams. If they wanted to keep Reiff, they could slide him inside, but would then need to find another way to create cap room — perhaps by trading safety Anthony Harris, who will make $11.4 million on the franchise tag.

Why the Bucs make sense: The window theory. After signing quarterback Tom Brady for two years, the Bucs propped open a window that could close soon. The Buccaneers allowed 47 sacks last season and added a quarterback who is used to operating from a good pocket. In 15 of the past 17 years, Brady has been sacked 35 times or less, and in 11 seasons it’s been 27 or less. Bucs coach Bruce Arians certainly will adapt to Brady’s game, but typically his teams like to attack downfield, leading to the necessity for good pass blocking.

Williams would provide a higher level of protection. The Bucs could sign Williams, but then what do they do with Smith? They get zero cap relief by cutting him, but $14.5 million in relief if they trade him. It’s also hard to imagine the Bucs trading players for Williams, taking weapons away from Brady. Also, Tampa Bay, which owns the No. 14 overall pick, is in position to draft a left tackle if it desires.

Why the Browns make sense: Watch the 2019 film. It was bad, as former starter Greg Robinson — no longer with the team — struggled. The previous regime wanted Williams; however, the early indications from the new regime have not revealed that same level of interest. The price might be too steep — a new contract for Williams plus draft picks.

After signing right tackle Jack Conklin in free agency, it’s possible the Browns don’t want two big contracts to bookend the line. The Browns, who have the No. 10 overall pick, can draft their left tackle. That player wouldn’t be as good as Williams but would be much cheaper and not require Cleveland to part with other assets. The Browns likely would be reluctant to part with their high second-round pick. Perhaps if the Browns didn’t get a guy they liked at No. 10, Cleveland, where Williams’ former line coach Bill Callahan now works, could become a partner. 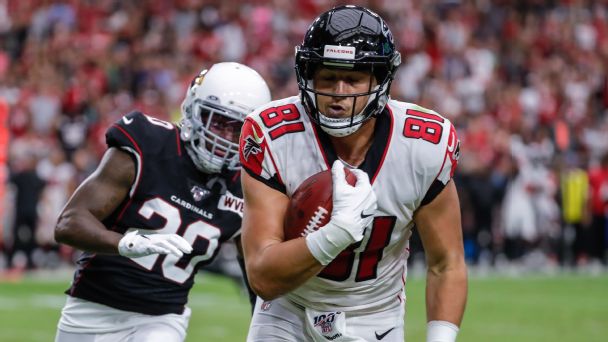 Why the Chargers make sense: They’re rebuilding their line and might end up with a rookie quarterback. The Chargers traded left tackle Russell Okung to Carolina for right guard Trai Turner and signed right tackle Bryan Bulaga. But their rebuilding along the line remains incomplete as there’s a gaping hole at left tackle. They drafted Pipkins in the third round in 2019 and he started three games last season. But is he the long-term solution?

The Chargers own the No. 6 overall pick and need a quarterback of the future to pair with veteran Tyrod Taylor. The draft has solid options at left tackle, but if they don’t take one at No. 6, would they get a quality one in the second round? Like Cleveland, the Chargers own a high second-round pick (fifth in the round). That would be a steep price to pay for Williams in addition to any new contract.

The Miami Dolphins also need a left tackle and have $35 million in cap space, but own three first-round picks and could fill that need through the draft. Also, Miami has focused on adding players in their 20s, as it builds for the future. But at the right price, Miami could make sense. The New York Jets signed left tackle George Fant in free agency and appear more interested in trying to build through the draft than paying a steep price for Williams.